The movie, Dallas Buyers Club, has brought to the fore the downsides of downloading illegal content over the Internet, at least for Australian Internet users, without using a VPN. The court has ordered ISPs to give the identities of thousands of customers who allegedly download and shared the movie illegally. Those identified as pirates in this exercise stand the risk of getting legal threatening letters. 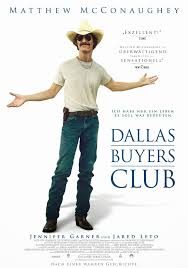 There are quite a number of options available to those who receive letters accusing them of piracy. Firstly, the studio would not have an easy time proving that piracy actually took place. At best, the letter is simply an allegation, and not outright proof that the accused person actually downloaded content illegally.

Actually, people who only downloaded content and failed to share it with others might be safe, even though they never had the foresight of using a VPN. Currently, it is the sharing of content without a VPN that can get tracked. Therefore, those who only downloaded content, even without the protection of a VPN, have little to worry about, at least according to a former iiNet regulatory officer.

For those who actually receive a threatening letter over alleged piracy, being able to prove that other people may have been using the network could release them from liability. Account owners have no legal obligation to secure their Wi-Fi or protect their passwords.

Still, those who cannot prove that they did not commit the alleged piracy crime, the monetary compensation could actually not be that high, with the judge keen to prevent what he terms “speculative invoicing” by the studio. The studio is more concerned about sending a message about piracy, which is why it has also suggested shutting down or slowing down Internet connection speeds of those found guilty of piracy. However, the law does not provide for the use of such extreme measures as of yet, and there has been a lot of opposition to such an extreme measure.

While getting caught downloading illegally may attract legal liability, it is still not a crime. Copyright infringement in Australia is a civil wrong, which is why the names of alleged pirates are handed to the studio rather than the police. In countries like the US, however, piracy is a crime, and could attract jail time, which is why using a VPN is always a good option in these scenarios. Fortunately, for Aussies who receive the letter and fail to prove their innocence, there will be no criminal record.

In future, using a VPN is the best option for those who want to download content over the Internet without being accused of piracy. VPN is perfectly legal to use, although, for obvious reasons, players from some quarters beg to differ. VPN can be used to circumvent geo-blocking, allowing you to access content not currently available in your country. Thanks to VPN, you can comfortably download content that would typically attract legal liability without the risk of getting threatening letters from copyright owners since the VPN prevents identification of your IP address.

Click here for more details about the best VPN software.