Recently, Showtime announced that their standalone streaming service has gone live. It is a service that does not just provide on-demand access to a variety of the network’s content, but also delivers live feeds with the price standing at $10.99 per month. This price applies to people who subscribe directly for use on Apple mobile devices including iPad, IPod Touch, iPhone, Apple TV PlayStation Vue and Roku. In addition, Hulu customers have a special offer because they can add the Showtime live feed on top of their current plan at a reduced cost of $8.99 per month. 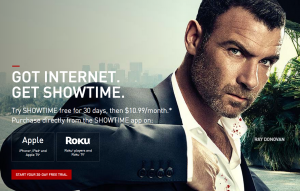 This Showtime live service has been likened to the over-the-top offering by HBO, HBO Now. This is because HBO Now was also first offered exclusively on Apple. Showtime aimed to launch the service with the premiers of its popular shows which are Ray Donovan and Masters of Sex. However, Showtime has done it differently by including its live East and West Coast feeds. Showtime network which is owned by CBS prides itself in a rich variety of content that include original movies and series. Among others, their content includes Nurse Jackie, Happiyish, Homeland, The Affair, Penny Dreadful, Shameless, House of Lies and Episodes. Soon, shows like Billions and Twin Peaks are expected to debut.

Showtime also has a variety of sporting action with shows like 60 minutes sports, Showtime Championship Boxing and Jim Rome on Showtime. The partnership with Hulu has particularly made available a wider platform for the standalone offering. Hulu can run on several devices including Android, Apple TV, iOS, Xbox One, Nintendo Wii, Roku players, Amazon Fire TV, Chromecast, the list goes on and on. It is also worth noting that the service is also available on the web at hulu.com. This wide coverage will play a critical role in getting more subscribers to the service.

This is the first time that Hulu has agreed to distribute a premium service to its subscribers. With a subsidized price to the offering, it also benefits from the base price of its subscription by its 9 million customers which is $7.99 per month. This partnership is indeed a milestone to say the least. The launch has come with a 30-day free trial available on Apple, Roku, PlayStation Vue and Hulu. Getting started is easy and users can just download the Showtime app from the App Store. Users can also add the Showtime channel on their Roku. The PlayStation Vue mobile app or game console will enable customers to watch the stand-alone offering. 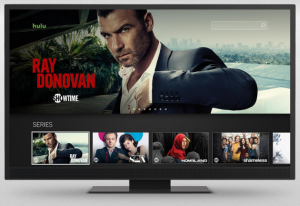 Showtime has embarked on a series of promotions for the service which include TV ads, digital banners, print ads, mobile ads, pre-roll videos, search ads, in-cinema and social advertising. It will be interesting to see how many customers will come on board to enjoy the new service. All in all, it is a great addition to the market that has further expanded options for customers who are always looking for worthy entertainment. This launch has so far been received with great buzz in the market. It is not yet clear when this service will be available through traditional MVPDs (multichannel video programming and distribution services).