Windows users accounted for about 60% of the total installs, MAC users 30% and Linux user 10%. An Android version for the software was released recently and it is expected to as successful as the desktop versions. In fact, the mobile app is expected to be more successful than the desktop versions of the software. It was not a so hard to create the first Android app. They just took the existing Popcorn Time app and made a few cosmetic changes to it. Those who have used Popcorn Time app before will be very familiar with Porn Time Android app. Apple users have not been left behind. The team revealed that the iOS version of the app will be available soon. This is because they are already at advanced stages of development. 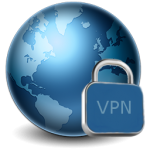