Netflix has revealed its plan to give Australians access to all its content by 2016. Subscribers in Australia are only eligible to little over 1,500 TV shows and movies currently, but implementation of the plan could see them match their US counterparts who can access up to 9,000 titles. 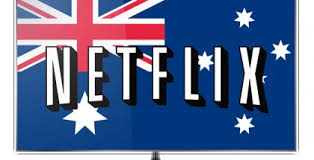 The practical part of the plan is set to get underway later this year and the company’s hierarchy believes that this would be key in settling the war for dominance against the likes of Quickfix, Presto and Stan. Together with creating a new user-friendly interface for its Australian client-base, Netflix’s ultimate goal is to use this plan to wrap up on its long-term agenda of “going global” by 2016.

“The plan is to go global by next year,” said a Netflix spokesman. “It means Australian subscribers won’t have to worry anymore about the availability of 8,000 titles in the US and only 2,000 in Australia. If you are in Europe, South America, Australia or the US, it won’t matter because the plan is to have everyone enjoying the same access.

The changes are expected to give viewers a short preview and a summary of an imminent show, much like in in-flight entertainment.

Netflix is currently present in more than 50 countries worldwide with the US leading the pack for the highest number of titles (9000); followed distantly by Canada whose residents can access approximately 4,400. The UK (3,200), Australia (1500) and Germany (1040) wrap up the top 5.

Before the Australian launch in 2014, Netflix is believed to have been accessed by more than 200,000 Australians using a VPN, a figure that has been gradually increasing, and now the company is aiming at hitting 3 million households by end of next year. “It took us more than seven years to have a third of households subscribed in the US, and that will be success to us if we can do it here,” said founder, Reed Hastings during the launch.

Netflix Australia commenced in March 2015 and, in spite of a couple of problems, including streaming disruption and complaints of customers being overcharged, the online streaming giant is still head and shoulders above its rivals.

A VPN (Virtual Private Network) is one of the most trusted ways of establishing secured, long-distance connections. VPNs are usually deployed by organizations or businesses rather than individuals, but virtual networks can still be reached from within a home network. Below is a list of some of the benefits that come with VPNs:

2.    Enhanced Security. Data is kept encrypted and secured when your browse the Internet through a VPN.

3.    Remote Control. Through a VPN, you can access information remotely.

4.    Share Files. If you need to share files with a group for a long time, a VPN service can work best for you.

5.    Reduce Costs. The maintenance costs are minimal once a VPN network is created.

6.    Better Performance. It is possible to increase the efficiency and bandwidth of a VPN network once it’s implemented.

7.    Unlock Websites and Bypass Filters. A VPN network can be used to easily bypass Internet filters and access blocked websites. That probably explains why VPN services are rampant in countries with internet censorship. 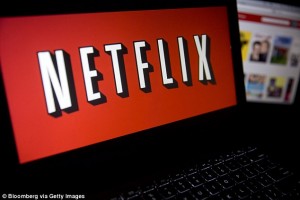 Click HERE to know more about the best VPNs.