When the Dallas Buyers Club LLC decided to pursue Australian pirates, there was so much at stake. Finally, the federal court of Australia made a ruling in their favor. The court ordered a group of Internet service providers to hand over names and addresses of 4,726 subscribers. These subscribers used ISP such as Dodo, Internode, Amnet Broadband and Wideband. 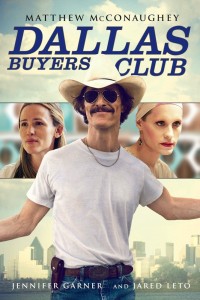 These users are supposed to get settlement letters from Dallas Buyers Club LLC. They own the copyright to the movie. This means that all the people who downloaded the film without permission will now have to pay. The court ruling means that the copyright owners now have the authority to trace down the clients and make them pay legally.

This whole event could have been avoided if the clients affected could have used VPN. Virtual Private Network (VPN) is the safest mode of downloading on the internet. It does not matter if the download is legal or illegal. The VPN ensures that your computer’s connection to the internet is secured. This is possible because VPN guarantees users of the encryption of all the data that is sent and received. Encryption makes it impossible to know what information is being sent or received.

Using VPN gives users the ability to spoof locations. The VPN provides users with physical locations that are alternative. A VPN user can be in Australia but it will indicate they are in another part of the world. By virtue of doing this, VPN users can bypass content filters in their physical location. In the end, when witch-hunt lists for ISP clients are made, they can be sure they are not on it. Sometimes, having apps such as torrenting apps can be incriminating evidence. That is reason enough to have a secure connection by using a VPN. 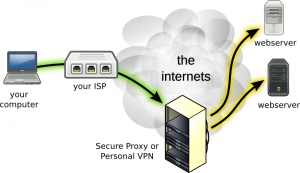 It does not make illegal downloading right, but it is better to stay safe. Settling a law suit charge can be very costly especially for such charges. It is upon the client to ensure that they are safe. The ISP has the legal mandate to hand clients in when the courts say so. Being smart can really save you a lot of trouble and money. Before you think of downloading or torrenting, ensure the connection is secure.

Most times it is hard to know what content is available for download legally. So to be on the safe side, just use encrypted data. Ignorance is not admissible as a defense in courts of law. Like when the Australian Federal Court made the judgment, no one was asked if they knew if it was illegal to download the movie. They were all put in one category, ignorant and knowledgeable.

Invest in making the connection as secure as possible by using a VPN so that you can do your activities in peace. Do not allow any loopholes in security. The level of encryption of your data needs to be beyond reproach. This is the only way the clients involved in the suit would have avoided all the trouble they are in. Click here for more information about VPN software.