It is recently reported that Australia has found a way to legally monitor its citizens’ internet and mobile phone usage with their new metadata laws that will come into effect in 2017. The law allows law enforcement and security officials to monitor communications on most internet sites and mobile phones. The laws are considered by most to be an egregious violation of the right to privacy even though most of the country’s senators voted for it. The government claims that this new law is being passed in order to counter efforts against terrorism. 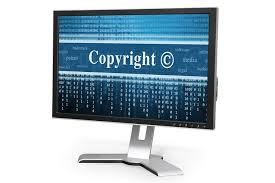 This new law will basically track its citizens’ digital fingerprint by keeping their unique IP address on file for two years. It will track communications including cell phone messages and calls as well as email. The only silver lining is that the government claims that social media sites like Skype, Facebook and Gmail will not be tracked. However, with the people undergoing a stereotypical fascist tactic, they seem to have lost their trust in the state.

Many Australians are flocking to VPN, or virtual private network, in order to mask their communications. The Australian reported that a VPN will allow a user to adopt a new IP address, which is their unique identifier, and make it appear like they are accessing the internet from another country. A VPN is a powerful tool and is already quite effective in allowing Australians visit websites that they are not allowed to view in their country. VPN is enormously effective in solving this issue because they place the user’s IP address out of the country’s jurisdiction. Many VPN providers have seen a massive increase in Australian users which is a sign that Australians don’t want their internet usage tracked. All Australians should look into signing up for a VPN in order to protect their privacy.

VPN is secure and allow the user to connect to an encrypted network that will secure their data and allow them to browse the internet anonymously. There are plenty of VPN services out there that will help users find the anonymity they deserve. Click here to learn more.