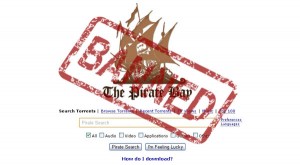 Earlier last month Australia decided to pass a very controversial legislation which blocks every foreign Online Piracy platforms at the ISP level. Even though there was a lot of opposition from consumer groups, Internet service providers and the Greens, that didn’t stop the Senate from passing the bill into law with a vote of thirty seven in favor and thirteen against. The minute the legislation was passed Internet users expected that the Pirate Bay would be one of the first piracy websites to be blocked and it seems their fears were soon confirmed.

The reason online piracy has become such a sensitive and important topic in Australia stems from the pressure from entertainment groups in late ‘14 that forced Malcolm Turnbull (Communications Minister) and George Brandis (Australia’s Attorney General) to come up with a legislation that would stop online piracy at the Internet service provider level. 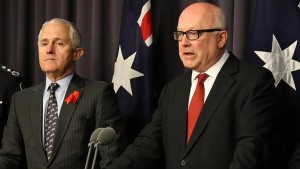 This year in 2015 the Copyright Amendment Bill was also introduced in the parliament and it was adopted after a parliamentary committee investigation. Now that the legislation has already been passed into law and online piracy is taken more seriously than ever, in the coming years regular Internet users won’t be able to access piracy websites anymore unless they use other means such as VPN.

Sure, this will definitely spark a lot of celebrations in Hollywood, yet it’s not a decision that’s making everyone happy. In fact, the legislation was instantly rejected by the Australian Greens and its position was also supported by various other independents. Internet service providers and technology companies were also not in favor of the legislation and complained about its elements. Some of the groups that took part in the protests against it include the Choice group who expressed concern that there’s a good chance the scope of the online piracy law can and will be expanded in the near future.

The government did react to the ripples this new online piracy law created; saying that VPNs are not going to be targeted by the legislation, yet a specific exemption of virtual private network providers was rejected. Another controversial thing about the law is that there is no information yet about who is going to pay for the costs associated with blocking these websites. In a parliament meeting that took place this month, member of the parliament said that the costs should be borne mainly by those who are seeking the remedy. However, thus far, nothing firm has been agreed.

Richard Freudenstein, Foxtel’s Chief Executive on the other hand was very happy with the stance the government took against online piracy by passing this new law. In an interview with the press, he was really content with the fact that online piracy is finally taken seriously by the government since it’s not only morally wrong, but also detrimental to the country’s economy. He went on to say that online piracy websites are also run by criminals with the sole purpose of making money off of the hard and honest work of others which is not what fair to them at all.

The online piracy bill is now going to be sent for royal assent to the Governor General after which it’ll become effective immediately.